Five misfortunes befell our fathers ... on the ninth of Av. ...On the ninth of Av it was decreed that our fathers should not enter the [Promised] Land, the Temple was destroyed the first and second time, Bethar was captured and the city [Jerusalem] was ploughed up. (Mishnah Ta'anit 4:6)

...Should I weep in the fifth month [Av], separating myself, as I have done these so many years? (Zechariah 7:3)

How then are these dates to be reconciled? On the seventh the heathens entered the Temple and ate therein and desecrated it throughout the seventh and eighth and towards dusk of the ninth they set fire to it and it continued to burn the whole of that day. ... How will the Rabbis then [explain the choice of the 9th as the date]? The beginning of any misfortune [when the fire was set] is of greater moment. (Talmud Ta'anit 29a)

Tisha B'Av, the Fast of the Ninth of Av, is a day of mourning to commemorate the many tragedies that have befallen the Jewish people, many of which have occurred on the ninth of Av.

Tisha B'Av means "the ninth (day) of Av." It occurs in July or August.

Tisha B'Av primarily commemorates the destruction of the first and second Temples, both of which were destroyed on the ninth of Av (the first by the Babylonians in 586 B.C.E.; the second by the Romans in 70 C.E.).

Although this holiday is primarily meant to commemorate the destruction of the Temple, it is appropriate to consider on this day the many other tragedies of the Jewish people, many of which occurred on this day, most notably the expulsion of the Jews from Spain in 1492 and from England in 1290.1

1 The Alhambra Decree, issued March 31, 1492, ordered all Jews to leave Spain by the end of July 1492. July 31, 1492 was Tisha B'Av. The Edict of Expulsion from England was issued on July 18, 1290. Note that if you use a Jewish calendar converter to check this, it will probably show these dates as a few days before the 9th of Av. These expulsions occurred before the Gregorian calendar reform, which altered the way the secular calendar works, and converters don't take this into account, which causes the discrepancy.

I have recently heard some try to connect the Tisha B'Av to Kristallnacht, which began on the 9th of November, or to the 9/11 attacks on the World Trade Center. I think this is stretching the point a bit too far. Setting aside the question of whether you can find significance in secular dates that have the same numbers as significant Hebrew dates, or whether you can swap day and month, there is a much more serious problem: Av is not the 11th month of the Jewish calendar. This is clear from the biblical quotes above, which talk about Av as the 5th month. So where did people get the idea that Av is the 11th month? Probably by counting from Tishri, the month of Rosh Hashanah, the Jewish New Year. But the Torah is very clear that months are counted from Nissan, not Tishri.

Tisha B'Av is the culmination of a three week period of increasing mourning, beginning with the fast of the 17th of Tammuz, which commemorates the first breach in the walls of Jerusalem, before the First Temple was destroyed. During this three week period, weddings and other parties are not permitted, and people refrain from cutting their hair. From the first to the ninth of Av, it is customary to refrain from eating meat or drinking wine (except on the Shabbat) and from wearing new clothing.

The restrictions on Tisha B'Av are similar to those on Yom Kippur: to refrain from eating and drinking (even water); washing, bathing, shaving or wearing cosmetics; wearing leather shoes; engaging in sexual relations; and studying Torah. Work in the ordinary sense of the word [rather than the Shabbat sense] is also restricted. People who are ill need not fast on this day. Many of the traditional mourning practices are observed: people refrain from smiles, laughter and idle conversation, and sit on low stools.

In synagogue, the book of Lamentations is read and mourning prayers are recited. The ark (cabinet where the Torah is kept) is draped in black.

Tisha B'Av is never observed on Shabbat. If the 9th of Av falls on a Saturday, the fast is postponed until the 10th of Av.

Tisha B'Av will occur on the following days of the secular calendar:

Tips for Yom Kippur Fasting
I wrote up these fasting tips for the Jewish Day of Atonement, Yom Kippur, but the Tisha B'Av fast follows the same pattern and the same tips could be useful. 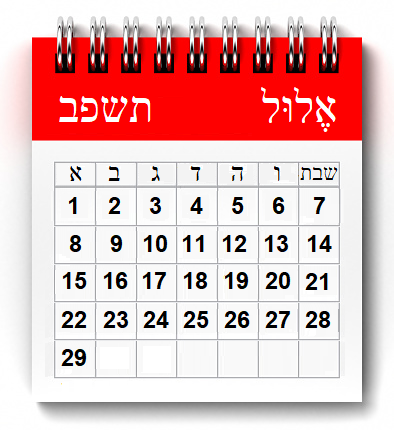 Next Holiday: The Month of Elul and Selichot
Discusses the Jewish month of Elul, a time of repentance, and the recitation of Selichot, prayers for forgiveness and mercy, during that period

Previous Holiday: Shavu'ot
The Jewish festival of Shavu'ot, the festival of the giving of the Torah.