The Month of Elul and Selichot

The name of the month (spelled Alef-Lamed-Vav-Lamed) is said to be an acronym of "Ani l'dodi v'dodi li" (אֲנִי לְדוֹדִי וְדוֹדִי לִי) "I am my Beloved's and my Beloved is mine," a quote from Song of Songs 6:3, where the Beloved is G-d and the "I" is the Jewish people. In Aramaic (the vernacular of the Jewish people at the time that the month names were adopted), the word "Elul" means "search," which is appropriate, because this is a time of year when we search our hearts.

According to tradition, the month of Elul is the time that Moses spent on Mount Sinai preparing the second set of tablets after the incident of the golden calf (Ex. 32; 34:27-28). He ascended on Rosh Chodesh Elul and descended on the 10th of Tishri, at the end of Yom Kippur, when repentance was complete. Other sources say that Elul is the beginning of a period of 40 days that Moses prayed for G-d to forgive the people after the Golden Calf incident, after which the commandment to prepare the second set of tablets was given.

During the month of Elul, from the second day of Elul to the 28th day, the shofar (a hollowed out ram's horn) is blown after morning services every weekday. See Rosh Hashanah for more information about the shofar and its characteristic blasts. The shofar is not blown on Shabbat. It is also not blown on the day before Rosh Hashanah to make a clear distinction between the rabbinical rule of blowing the shofar in Elul and the biblical mitzvah to blow the shofar on Rosh Hashanah. Four blasts are blown: tekiah, shevarim-teruah, tekiah. The YouTube video on the Rosh Hashanah page demonstrates this combination of blasts. Rambam explained the custom of blowing shofar as a wake-up call to sleepers, designed to rouse us from our complacency. It is a call to repentance. The blast of the shofar is a very piercing sound when done properly.

Elul is also a time to begin the process of asking forgiveness for wrongs done to other people. According to Jewish tradition, G-d cannot forgive us for sins committed against another person until we have first obtained forgiveness from the person we have wronged. This is not as easy a task as you might think, if you have never done it. This process of seeking forgiveness continues through the Days of Awe.

Many people visit cemeteries at this time, because the awe-inspiring nature of this time makes us think about life and death and our own mortality. In addition, many people use this time to check their mezuzot and tefillin for defects that might render them invalid.

As the month of Elul draws to a close, the mood of repentance becomes more urgent. Prayers for forgiveness called selichot (properly pronounced "s'lee-KHOHT," but often pronounced "SLI-khus") are added to the daily cycle of religious services. Selichot are recited in the early morning, before normal daily shacharit service. They add about 45 minutes to the regular daily service.

Selichot are recited from the Sunday before Rosh Hashanah until Yom Kippur. If Rosh Hashanah begins on a Monday or Tuesday, selichot begins on the Sunday of the week before Rosh Hashanah, to make sure that there are at least 3 days of Selichot. The first selichot service of the holiday season is usually a large community service, held around midnight on Motzaei Shabbat (the night after the sabbath ends; that is, after nightfall on Saturday) . The entire community, including men, women and older children, attend the service, and the rabbi gives a sermon. The remaining selichot services are normally only attended by those who ordinarily attend daily shacharit services in synagogue.

A fundamental part of the selichot service is the repeated recitation of the "Thirteen Attributes," a list of G-d's thirteen attributes of mercy that were revealed to Moses after the sin of the golden calf (Ex 34:6-7): Ha-shem [1], Ha-shem [2], G-d [3], merciful [4], and gracious [5], long-suffering [6], abundant in goodness [7] and truth [8], keeping mercy unto the thousandth generation [9], forgiving iniquity [10] and transgression [11] and sin [12], who cleanses [13]. Why is "Ha-shem" listed twice as an attribute? And why are three of these "attributes" Names of G-d? Different names of G-d connote different characteristics of G-d. The four-letter Name of G-d (rendered here as "Ha-shem") is the Name used when G-d is exhibiting characteristics of mercy, and the Talmud explains that this dual usage indicates that G-d is merciful before a person sins, but is also merciful after a person sins. The third attribute is a different Name of G-d that is used when G-d acts in His capacity as the almighty ruler of nature and the universe.

The month of Elul will begin on the following days of the secular calendar:

The first Selichot service will be held around midnight on the following days of the secular calendar: 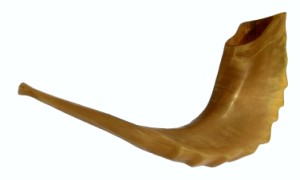 Next Holiday: Rosh Hashanah
Elul and Selichot are all about preparation for Rosh Hashanah, the Jewish New Year, a day of the awakening sound of the shofar (ram's horn trumpet) and the sweetness apples dipped in honey. 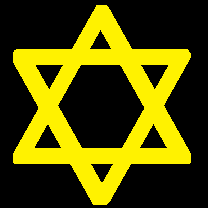 Previous Holiday: Tisha B'Av
Learn about the fast of the ninth of Av, a day commemorating the tragedies that have befallen the Jewish people. 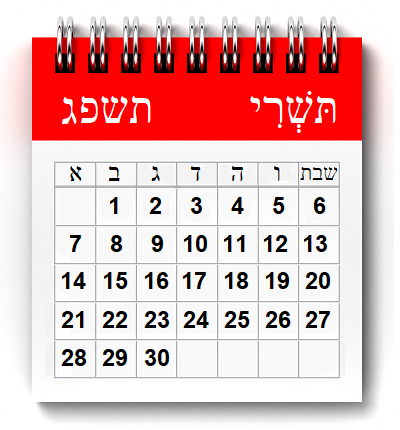 Days of Awe
The period of introspection that begins in Elul continues through the first ten days of the next month of Tishri, from Rosh Hashanah to Yom Kippur, known as the Days of Awe.

Yom Kippur
The spirit of repentance that begins in Elul completes on Yom Kippur, the Jewish Day of Atonement, a day of fasting and prayer, seeking forgiveness for our mistakes of the past year and resolving to be better in the coming year.